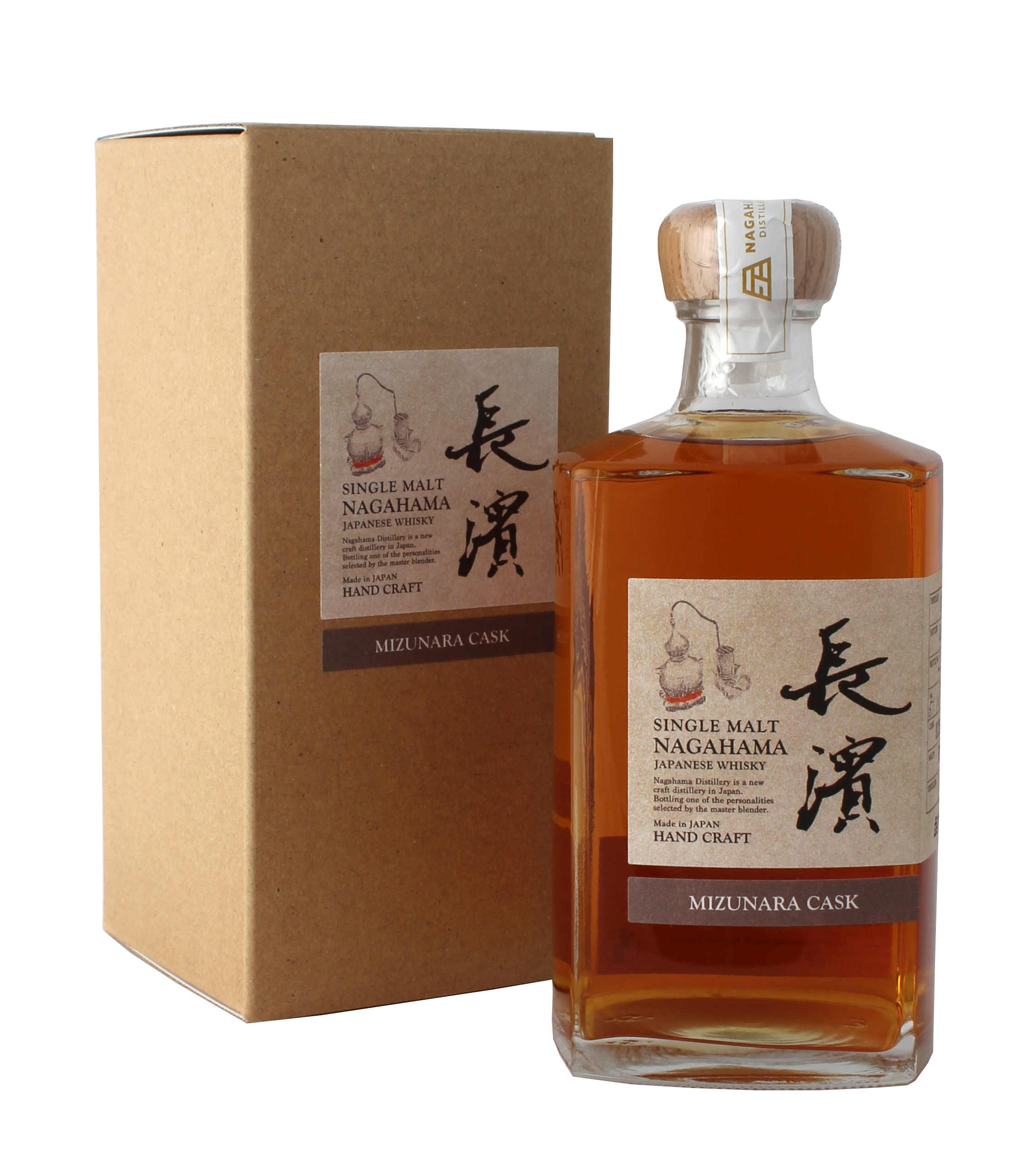 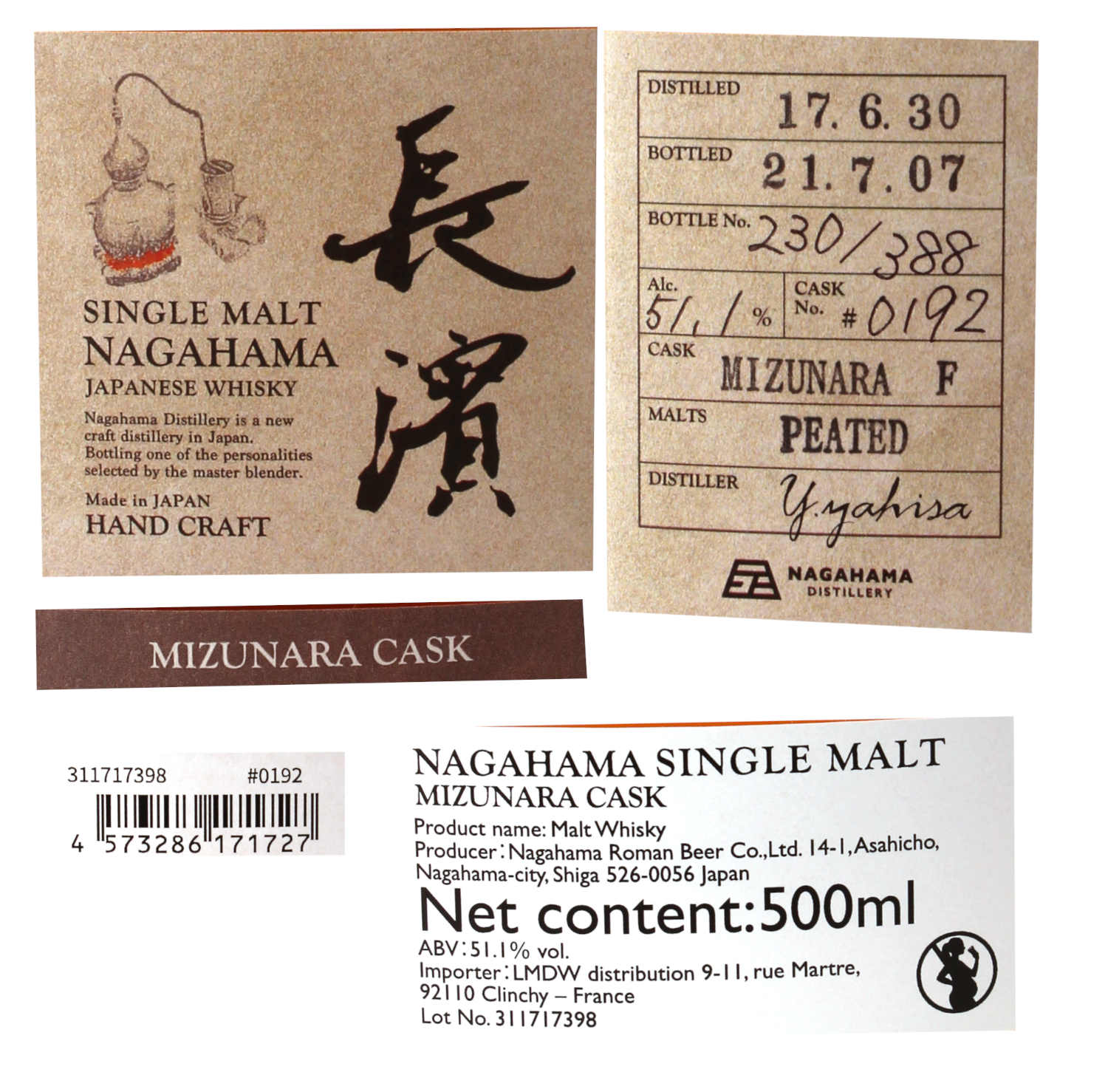 Nagahama is the smallest distillery in Japan. Launched in 2016, the Nagahama distillery is one of these new emerging distilleries in Japan. It is installed on the site of the Nagahama Roman Brewery, created in 1996. The distillery has a direct connection to the waters of Lake Biwa, the largest freshwater lake in Japan whose source is Mount Ibuki. Nagahama is inspired by the new wave of small-scale distilleries, particularly identifiable in Scotland with Strathearn or Eden Mill. Its authentic peculiarity resides in its still: the smallest still in Japan called aranbic for its shape reminiscent of Arab architecture, in a 26m2 room. Master blender Takashi Kiyoi and distiller Yusuke Yahisa created this single malt, with a proportion of peaty barley, aged in a single mizunara cask. Producing a single malt that shows remarkable elegance and smoothness.