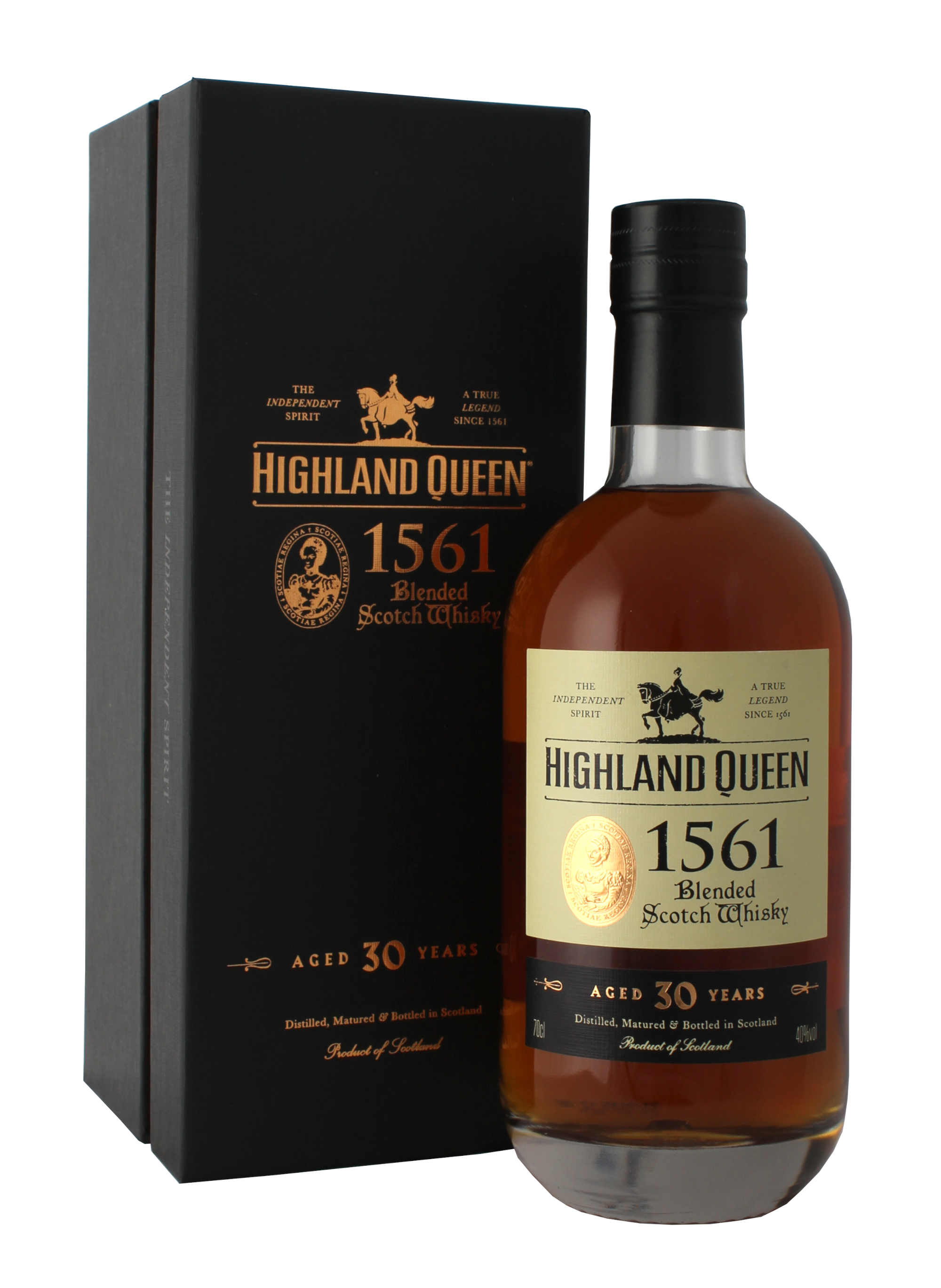 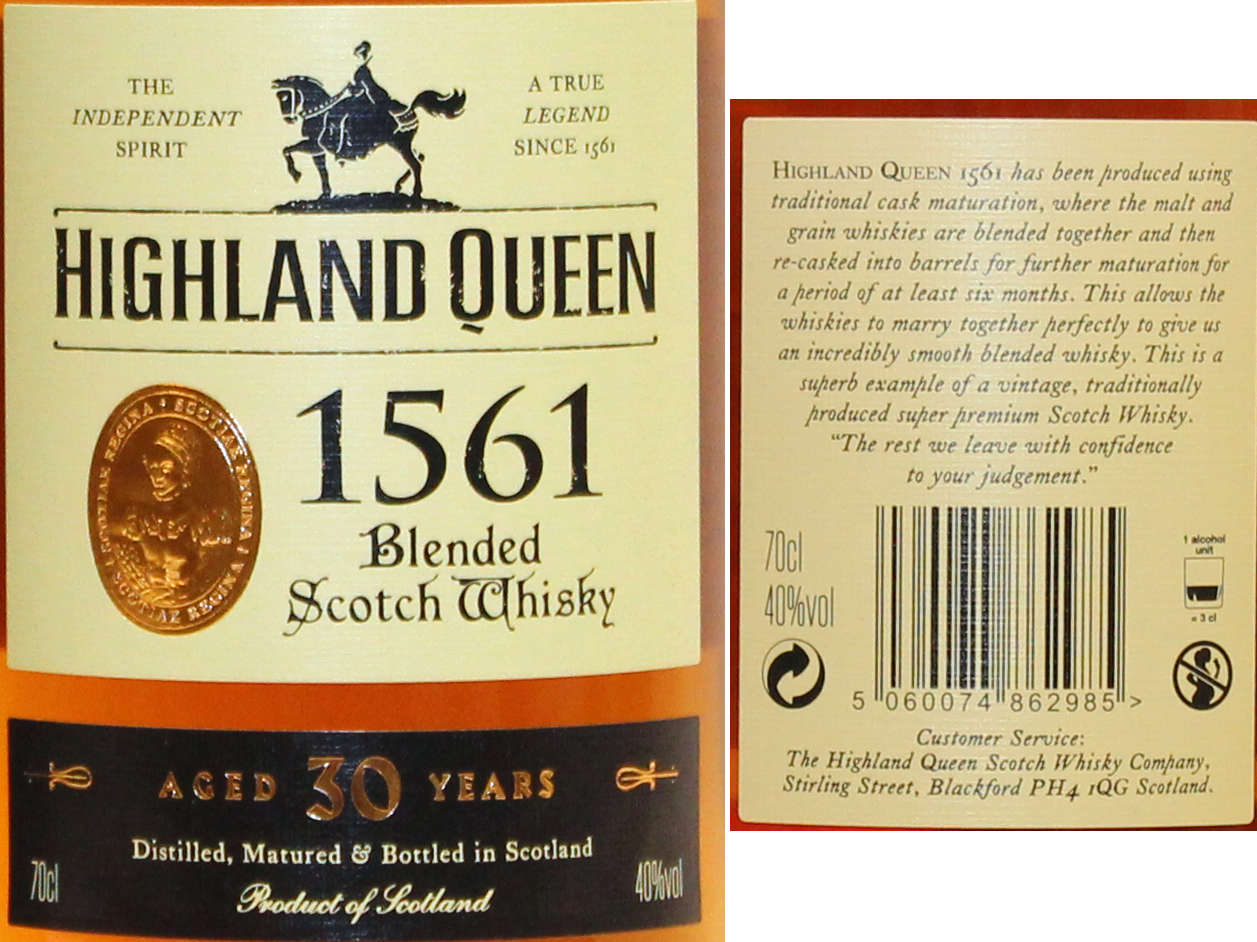 To celebrate the 120th anniversary of Highland Queen, we have decided to produce a limited volume of this exclusive 30 years old blend in the traditional manner.Our master distiller has taken a selection of top quality malts from 1982, and married this together with a selection of grain whiskies from 1978 and 1979. Highland Queen has always been renowned for the high percentage of malt used in its blends, and this is reflected in the 30 years old blend which has a malt content of over 75%! This blend has then been recasked into sherry butts, which were widely used in the 20th century in the Scotch Whisky industry, and left to marry together for a further 6 months.

TASTINGNOTES:
The sweetness from the sherry cask comes through on the nose, together with notes of butterscotch, leather and spices. We can also detect hints of cinnamon and apple. In the mouth the whisky is exceptionally smooth and elegant, there are hints of smoke and an underlying flavor of cinnamon apple crumble. The finish is long and elegant.
Highland Queen
Producent: The Highland Queen Scotch Whisky Co Ltd
Hemsida: www.highlandqueen.com
The Queen is Back – pĺ Systembolaget